Who is at the heart of the New Hart’s Rules? Helena Opperman tells us his story.

His gloves were neatly folded on the shore; his body was found floating in Youlbury Lake near Oxford. It was 9 October 1916 and a few months into the third year of the First World War. Horace Hart, the visionary who saw the necessity of penning down the style rules for the English language, had taken his own life. Even in the last minutes of his life, order reigned – as he had carefully placed his gloves on the bank of the secluded lake before entering the icy waters.

The author Pip Williams set her novel, The Dictionary of Lost Words, against the background of the compilation of the Oxford English Dictionary around the turn of the 20th century. Ms Williams did extensive research in the Oxford Press Archives in her preparation for this book. Several real-life people, among them Mr Horace Hart, feature in the historic context of the book.

Mr Hart, however, is a secondary character and he does not even appear in the timeline in the end matter of her book. In my opinion, Ms Williams missed an opportunity by not exploring Mr Hart’s story in more detail. It would have added depth and drama to the events surrounding the writing of the Oxford English Dictionary and the devastating impact the First World War had on the lexicographers and the staff of the Oxford University Press. Nonetheless, Mr Hart is portrayed as an authority on the English language, who insisted on the correct use of style.

Horace Hart is the original author of Hart’s Rules for Compositorsi and Readers, first issued in 1893. However, the rules had their origins much earlier when Hart and his colleagues at Woodfall & Kinder in London drew up a list of rules for in-house use. Whenever confronted by a difficult or foreign word, algebra, Greek, Hebrew or tables, Hart’s colleagues turned to him for the final verdict. These rules, which started life as a single broadsheet, saw 39 editions over 96 years. It has had several titles over the last century and today the 2014 edition, New Hart’s Rules, is my daily companion in a remote corner of Africa.

Hart’s father was a shoemaker but Hart wanted to be a teacher. The young Hart, though, started his apprenticeship as a compositor at the age of 14 at Woodfall & Kinder in London. He often was the subject of office pranks. One wonders whether these would have constituted workplace bullying in our times of political correctness. Nonetheless, at the age of 26 he was promoted to manager.

He soon moved on to a more senior position at the London branch of Ballantyne Press. In 1880, he became the manager of the head office of William Clowes & Sons ‒ the biggest printing house in Britain at that stage.

Moreover, Hart wrote Charles Earl Stanhope and the Oxford University Press in 1896. In 1900 he published Notes on a Century of Typography at the University Press Oxford 1693-1794; consequently, establishing himself as an authority on the history of the printing press.

When Hart was appointed as printer at Oxford in 1883, the press had two sections ‒ the Bible Press and the Learned Press. Publications from the Bible Press formed the majority of the business but, as scholarly and non-religious books grew in popularity, expansion was necessary. Hart combined the two sections successfully. 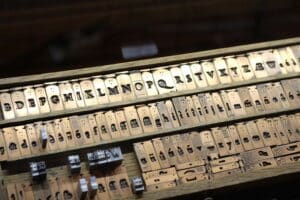 In 1886 he started using wood pulp as paper because it needed no additional preparation before the printing process. also changed to collotypeii and printing by lithography. The latter was especially used for plans and maps, which were very popular in Victorian England. Hart wanted the best technology available and he later toured Germany’s type foundries where he bought matrices for a large number of types not available in Britain.

Hart was by then a world leader in the printing business, a historian and writer ‒ by all standards a successful man. In a document in Oxford Press Archive, he is called one of the most influential printers of the last two centuries. It is further suggested that the transformation of the Oxford Printing Press into a world-renowned press can be attributed to Hart’s dedication and leadership.

Little is known about his personal life. The History of Oxford University Press, Volume II: 1780 to 1896, provides valuable insight into the outwardly strict manager, with a hidden softer side. In 1893, a copper handiii asked for a piece of copper from a broken cold roller to mark his child’s grave. Hart curtly gave permission but dismissed the man not long after. He later re-employed the copper hand, which might indicate empathy for the bereaved father.

Hart and his wife stayed on the premises of the press. Mrs Hart is mentioned only in passing: in 1893 for donating the fruit for a dinner attended by the apprentices and, later, as examiner for the cooking classes offered by the Oxford Technical School. I presume she died before Hart took his own life because the short article in The Times on 10 October 1916 does not mention any family members.

But the highly effective Hart was at heart a vulnerable human being. He suffered from depression and insomnia. He had a nervous breakdown in 1887 and again in 1898. The First World War turned life upside down, even at the Oxford University Press and in the small community of Jericho.

Hart also suffered immensely under the pressure of losing men to the war. Within the first few months, many trusted employees enrolled and 356 of the nearly 700 workers were conscripted; many never to return. In The Dictionary of Lost Words Ms Williams sketched a sympathetic picture of Hart, sitting at his desk with his head in his hands after the visit of yet another mother who had lost a son.

Two years into the First World War, Hart had another nervous breakdown. He retired in 1915 at the age of 75 and committed suicide a year later.

On receiving a copy of Donne’s poems published by Clarendoniv Press in 1912, the poet Rupert Brooke famously compared that book to the best of England:

Charing Cross Bridge by night, the dancing of Miss Ethel Levey, the Lucretian hexameter, the beer at an inn in Royston, … the sausages at another inn above Princes Risborough, and the Clarendon Press editions of the English poets … The beer and the sausages will change, and Miss Levey one day will die, and Charing Cross Bridge will fall; so the Clarendon Press books will be the only thing our evil generation may show to the cursory eyes of posterity, to prove it was not wholly bad’ (New York Review June 1 1978).

Rupert Brooke, an officer in the British Royal Navy, died of blood poisoning on a hospital ship off the Greek coast while waiting to be deployed in the Allied invasion of the Gallipoli Peninsula in 1915.

Maybe the highest praise came from the trenches in Europe, signatures captured on the leaving card Hart received on his retirement in 1915. The organisers went to the trouble of circulating the card among staff members who served under him for more than three decades. Even the men in the muddy trenches signed personally to honour Hart.

Sadly, Horace Hart, whose legacy lives on into the 21st century, died alone on a cold October morning a year later. He left no words, only a pair of gloves. Was that his way of saying that his work was indeed done?

ii Collotype is a dichromate-based photographic process invented by Alphonse Poitevin in 1855 to print images in a wide variety of tones without the need for halftone screens. The majority of collotypes were produced between the 1870s and 1920s. (Wikipedia)

iii A copper hand specialised in the operation of the hand press for printing, two adjustable rollers (similar to a washing mangle), between which the ink plate, damped paper and packing were squeezed. https://www.oxfordreference.com/view/10.1093/oi/authority.20110803100427942 (Accessed 16 September 2021)

Winchester, S 2003 The meaning of everything: The story of the Oxford English dictionary. New York: Oxford University Press.

As a language practitioner, Helena Opperman has worked with words in many capacities: teacher, journalist, writer and editor in ten countries over the last two decades. Helena’s intercultural communication skills are of great value to clients who increasingly work internationally. She has found a virtual home in PEG and is grateful to learn from PEGgers in webinars and daily emails. 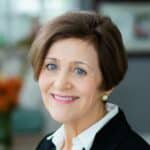 Become a Member
Webinar Programme
Accreditation
← Professionalism is rooted in skill and knowledge Professionalism means fair remuneration for expert services →
Manage Cookie Consent
To provide the best experiences, we use technologies like cookies to store and/or access device information. Consenting to these technologies will allow us to process data such as browsing behavior or unique IDs on this site. Not consenting or withdrawing consent, may adversely affect certain features and functions.
Manage options Manage services Manage vendors Read more about these purposes
View preferences
{title} {title} {title}