In this third article in the series on social media marketing (SMM), we look at some of the basic data that relates to SMM and digital marketing (DM), the broader area of marketing in which SMM fits.

For the purposes of this article, let’s assume that you have been through the basic steps in planning your marketing strategy and that you are now focusing on the SMM tactics. You need to know the key underlying digital data, such as in the two charts included in this blog, i.e. internet adoption rate and users over time. The data and the charts used in this article have been extracted from the Digital 2022 Global Overview Report by DataReportal/We Are Social/Hootsuite on the global digital marketing landscape as at December 2021. You can obtain additional details from this report or from many other reports that are published by other organisations.

Internet adoption and users over time

The graphs here (and other charts not shown) indicate that, at end 2021: 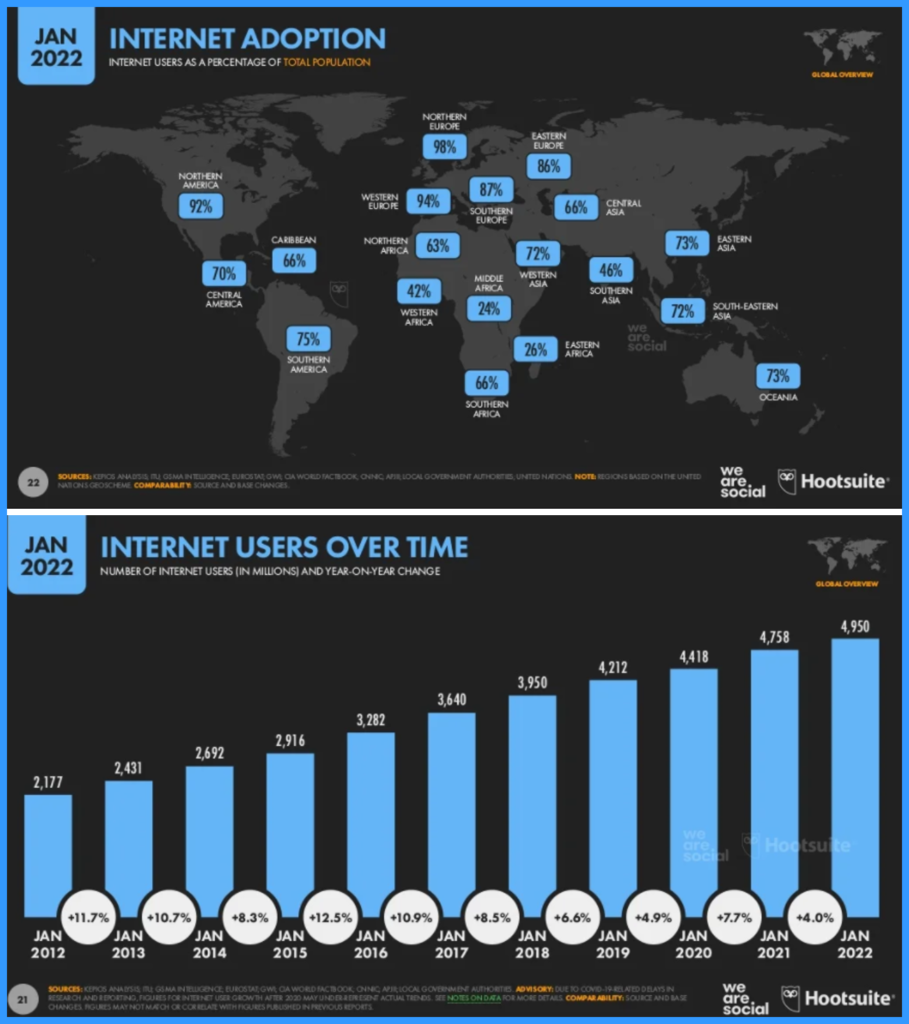 Next, you will need to look at the key social media (SM) data. Below are two examples of basic charts, but there are many other graphs that you can consider as well. 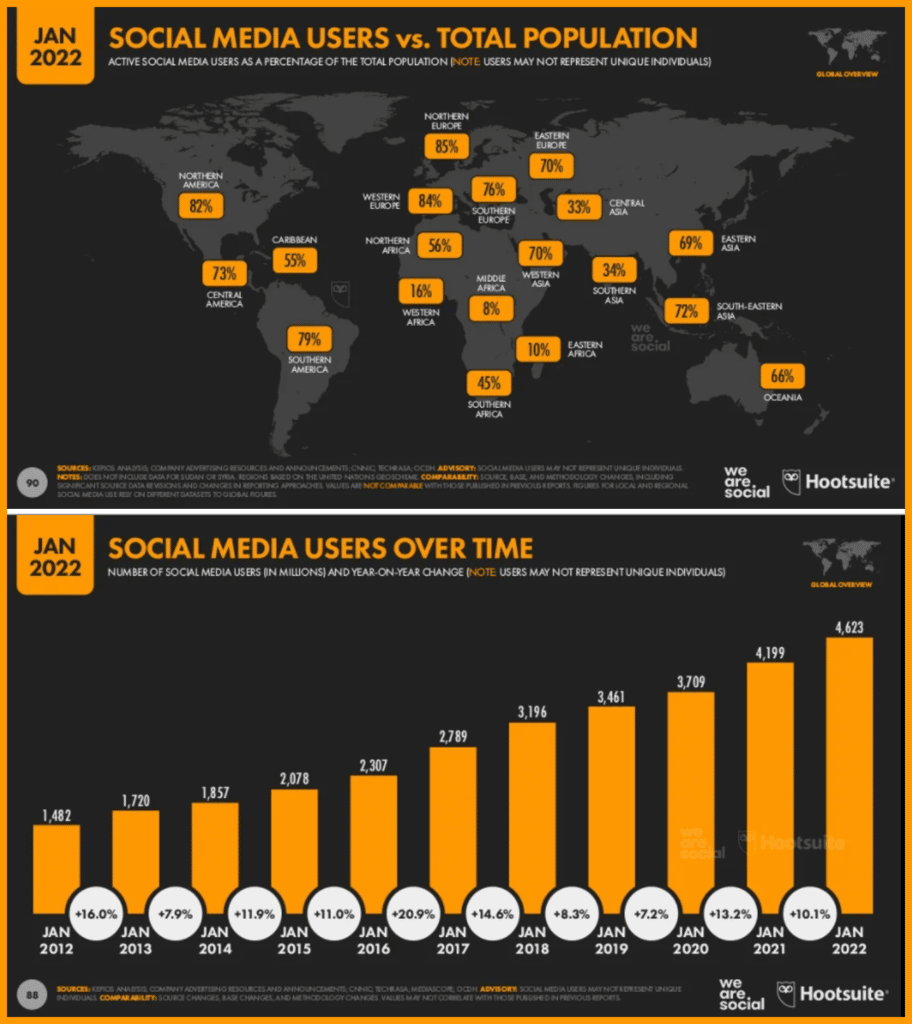 The next question to consider regarding SMM might be: What channels should I consider? And then: Should I do paid or content marketing? In the next article in this series, we will look at this question, and at just a few of the biggest SM platforms.

Please note that I have dealt with these topics in a very brief, general way, as marketing, DM and SMM are massive fields on their own. It is not possible to provide details or specifics for any one person or organisation or to provide a comprehensive overview of these subjects in a few blog posts. If you are interested in looking at SMM in more detail, a good place to start would be to consult with a professional or to do some research, either online or by reading some textbooks on the subject.

Juliet spent 20 years in the corporate and government environments as a professional writer and editor, before going freelance in 2006. She edits for government entities, authors, publishers, researchers, academics and scholars. She writes articles, textbook content, training manuals and poetry. She is also a voracious reader and lover of SMM statistics.

You can also find Juliet on LinkedIn. 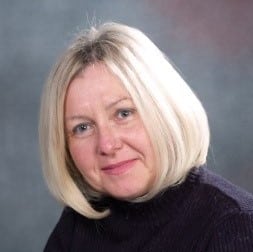 Become a Member
Webinar Programme
Accreditation
← Developmental editing of a memoir Social media marketing: So many questions →
Manage Cookie Consent
To provide the best experiences, we use technologies like cookies to store and/or access device information. Consenting to these technologies will allow us to process data such as browsing behavior or unique IDs on this site. Not consenting or withdrawing consent, may adversely affect certain features and functions.
Manage options Manage services Manage vendors Read more about these purposes
View preferences
{title} {title} {title}